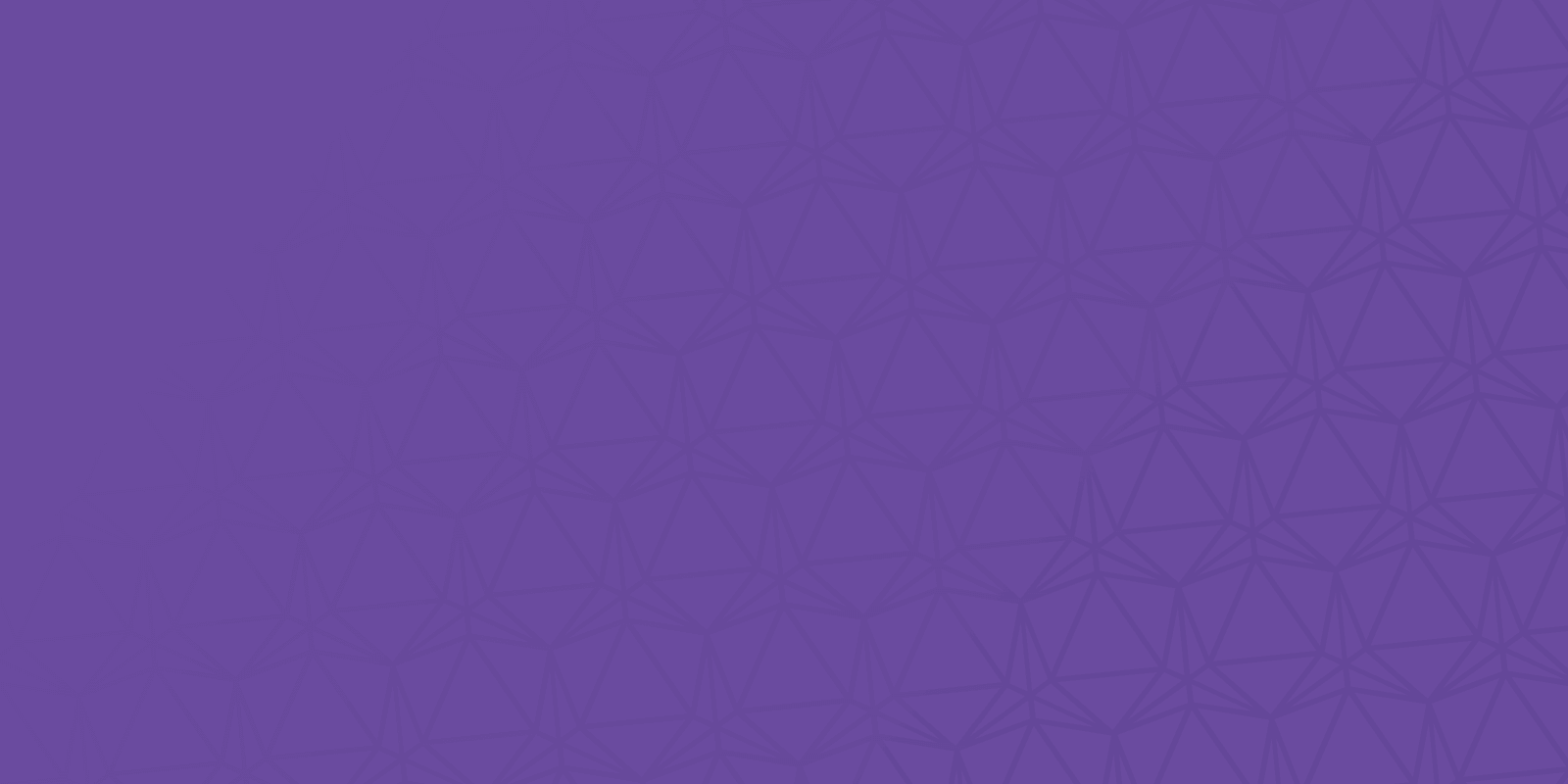 Five, ten, maybe twenty bright red birds flew past the window, followed a split second later by a few stragglers. Out of sight almost as quickly as they'd have been noticed. It had been months since we had seen any meaningful activity, spending our time exploring the strange new lands from an airship in the skies above. I could really get used to this, I thought. Cushy gigs like surveying new lands were reserved for those with a service record deserving reward. Commandeering an A-grade Union surveying airship like the Minerva, pioneers of new lands, made some of the rough years almost feel worth it. Almost.

I wondered what sort of fauna lurked about in the jungles below. It was impossible to land, except on the plateaus where no flora grew, and those were rare. So far, all we'd encountered with no place to land was the vast plethora of flying creatures of all shapes and sizes. Mind you, there was nothing wrong with that: every creature here was beautiful. Most of all, I longed to see my favourite wrinkled whale-like beasts dipping through the clouds again. Their immense frames of emerald-green colour always had me in awe.

No sooner had I thought it, my wish was granted. One of the usually gentle flying beasts we had encountered entered my vision. It was sliding up and down in the clouds in the direction of the starboard bow. Myself and my companion, ensign Bandy (or at least I think that’s what their name is), were both standing and watching, mouths agape. The ensign took a reactionary step backwards that made me notice and snap to attention. The green goliath seemed to be headed straight for the ship! We haven't studied these creatures in-depth (we've barely catalogued anything, let alone begun to understand things). However, I still had them pegged as benevolent.

More of the small 8-person Union crew was up on the main deck now having heard a commotion. Among them, I counted our xeno-linguistics officer, already readying his coloured slabs to flash colours of peace at the animals. There was Dash, a man whom I’d been warned early on had the high-risk potential of extremist activities and beliefs. I'd already heard reports from a couple of my senior officers that Dash was spreading talk amongst the crew that we should not have come here. He believed we had angered these green giants, whom he exalted as gods. Dash was now shouting at the giant animal, begging for our forgiveness. I scoffed under my breath as I rushed to my post near the helm.

The green giant was still a few knots out… what’s going on, what do I do, my mind raced.

I struggled to focus my eyes. What was I seeing? It looked like the thing was being swarmed by little red mosquitoes. I grimaced, something dawning on me. Those weren't little red birds that had flown by… I'd clearly grown far too relaxed in this post. My mind raced to catch up with old thought processes, putting two and two together. Those were magic missiles!

I shook myself to, yelling to the crew: “Prep counter-measures!”– I didn’t know yet if that meant to protect the beast, us, or both.

In an instant, the creature had closed the gap. Diving suddenly down and beneath us, the missiles chasing after it. The crew had already assumed defensive posts. I gave the affirmative to cast Shield or any other defensive magic for the benefit of the creature. Dash was now using Telekinesis to toss barrels in the path of the streaks but they’d quickly change direction and bypass his attempts. He looked in pure agony.

These creatures were giant, but thank heavens were they fast and agile, too. I’d never seen a being avoid a Magic Missile barrage, so I wondered if they had a bit of magic to them as well. As the emerald giant made another pass around the ship, it now seemed readily apparent that it had no intention of harming us. I think it may even be smart enough to have been using us as a distraction.

As the creature swooped starboard again, I could make out two small, pastel green shapes hugging its abdomen. They were held surprisingly safe and intact by a dorsal fin. A dark, glassy eye, stretched wide and full of terror, glanced our way.

"It's just protecting its offspring! I want a full shield around that thing, NOW!" I bellowed.

A voice beside me startled me, “Analyst Biandy, sir. I just thought you'd err... probably want to know..." they trailed off.

"Quickly, what is it?" I asked as I made a mental note to remember the pronunciation of their name this time– not Bandy, but more Bee-and-ee said quickly. Essential to have the respect of the crew, especially in times like this.

"Those seekers didn't appear to come from one of our riders or ships, sir."

I hoped my face wasn't emulating what I was feeling inside at the moment after Biandy’s patronizing prod to prioritize my attention as captain. Who else could possibly be out here? This landmass didn't even have a name yet. It shouldn't have inhabitants other than those of us in the Union fleet. And yet...

My mind drifted as I digested this new information. The light from the sun reflected off of the creature’s skin, casting a kaleidoscope of greens and blues across the deck. I have to admit, watching that giant green beast dance about the wisps of clouds in tandem with the comparatively tiny bright red, streaking specs has to be one of the most graceful and magnificent performances I will ever see. I thought I saw the fin holding the offspring unfold, just as simultaneously a jet of something dark and viscous shot out of some kind of blowhole in the back of the creature.

My vision was suddenly engulfed by white light. What might have been the perfect crescendo to a dazzling performance was followed by screaming. And as my eyes readjusted, another surprise waited for me. As the spells connected it didn’t appear to be regular force damage usually accompanied by a Magic Missile spell. A massive flaming carcass began floating slowly to the trees below, defying the harsh gravity even in death. My heart dropped along with my jaw.

"Get eyes on the young ones. Where did they go in the blast? Are they safe?!" I called out to no one in particular. One of the benefits of being in command is you can shout into a void, and generally, it answers back. "Who cast that? Any of the spotters catch sight? I want answers ASAP!"

I could see a commotion on the anterior deck. Three officers were holding down Dash, who looked to be overcome with a sobbing fit and still trying to telekinetically hurdle our cargo helplessly hoping it might do some good.

We'd come to a complete stop, hovering only a scant few hundred yards from the creature's carcass as it drifted downward. As it hit the top of the foliage, I could hear faint cracking and snapping below. Biandy was leaning over the railing watching near me, a single tear streaking down their face. Suddenly their eyebrows raised along with a growing smile.

"I think we might have a stowaway, sir!” Biandy said.

"Say what?" They pointed to the side of the ship.

One of the offspring was pressed flat against the ship's side, its eyes closed and almost dormant.

No sooner had I felt some relief did Biandy add an "oh my" of their own, and I saw their attention shift to the jungle below.

I wasn't quite sure if Biandy was just overtaken by the macabre scene. The now smouldering corpse was resting on the ground. Pools of neon blue and dark jet-black were forming around it. Suddenly, I caught what ensign Biandy was referring to.

At first, I saw a shadow appear, contrasted by the neon blue blood and tarnished emerald hues of the massive corpse. It was quickly followed by another shadow. Then another, and another. They were almost too fast to see, flitting across the corpse, except every time they did there was a spray of neon blue behind them. They were ripping the corpse apart, seemingly unfazed by the portions of its body that were still ablaze and spewing an awful, acrid stench of smoke.

The foliage was already aggressively growing back into place, obscuring the scene below. Any time we'd tried to clear an area to land in the past the foliage would do this, so it was at least one of the few odd things that didn’t surprise us. Within an hour, the forest below would consume any evidence of what had happened, aside from a few remaining smoke trails and our new friend clutched to the side of the ship.

It had all happened so fast, my mind was still reeling. Flashes of greens and blues were reverberating in my mind's eye.

I could hear Biandy take a breath, composing themselves. "Sir, I think we're going to have to accept that no matter how you look at it, we're not alone here.”

They’re right. We’re not alone. And we may not be safe either.